Cosplay is an unusual hobby, which is now rapidly gaining momentum. Cosplay means not only creating cosplay costumes and dressing up like famous books, movies or video games characters, but also a complete transformation into the chosen character. Best cosplays require great acting skills. For example, a person who creates Naruto cosplay will behave like a ninja. However, to say that anime cosplay is the only way for projecting yourself into a character is wrong.

Along with characters from Japanese animated movies, popular are Dota 2, “The Witcher”, World of Warcraft cosplays and other well-known virtual universes. Cosplay costumes are unprecedentedly complex sometimes: people manage to transform themselves into alien monsters, robots or demons; especially complex they are in Dota 2 cosplay. Best cosplays receive valuable prizes and stick to people’s memory. A few years ago, Bioshock Infinite developers became interested in cosplay so much that invited Anna Moleva to become the official representation of one of the game characters. 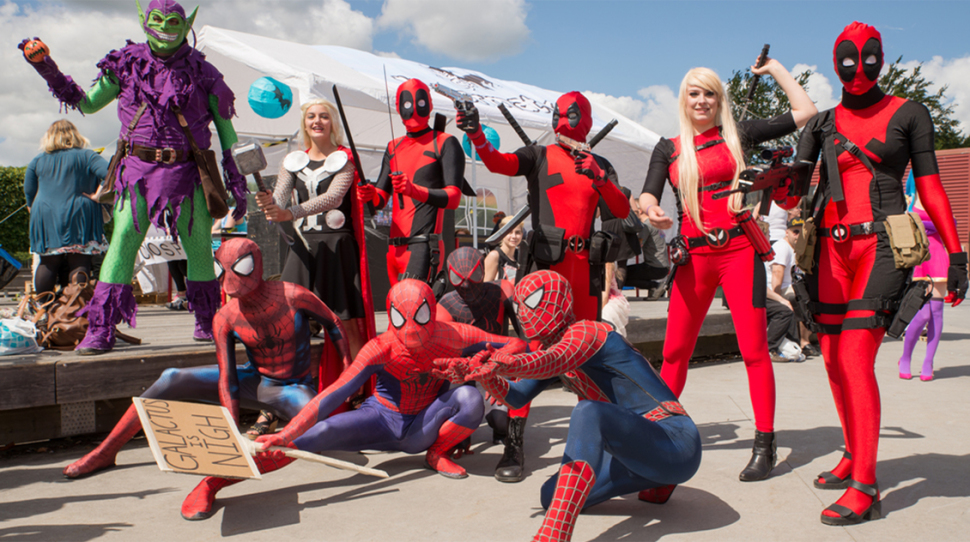 It is not surprising that best cosplays have quickly attracted attention of users and dealers from all round the world. Today there are about five dozens of large-scale festivals in the world, in which cosplay is a must. For example, such festival in the US is Anime Expo with all kinds of anime cosplay, including Naruto cosplay, Berserk cosplay, Hellsing cosplays and other popular cartoons cosplay. To show their cosplay, many people create their costumes with the help of professional designers, spending a lot of money. Being the cosplay pioneer, Japan has dozens of festivals; the most popular one is the Comiket. It would be wrong to say that anime cosplay dominates there – people in Asia adore all sorts of MMOs. Therefore, among Alucards and Guts you may often see Dota 2 cosplay, costumes themed on LoL and StarCraft, and Naruto cosplay here often appears together with Batman and Iron Man cosplay.

Until recently in the CIS countries small regional festivals has ruled the day. Within such festivals cosplay was only a little chary on the top. Anime cosplay in general is not very popular in Russia, Ukraine and Belarus, so that the best cosplay could be seen on the Internet only. However, the festival of interactive entertainment WEGAME is going to dispel the stereotype that cosplay costumes can be created in the Western or Eastern countries only.

WEGAME invites everyone who likes cosplay and all those who create cosplay costumes themselves or just want to look at the others! It does not matter which characters you represent as long as you do it well. Naruto cosplay, orcs of Azeroth, the Marvel and DC comics characters, Dota 2 cosplay, Lovecraft monsters, zergs and anime cosplay - everyone who is able to transform into other characters will be pleased at the festival. You do not know how to sew cosplay costumes and become someone else? In such a case come to the event and see best cosplays from all over the CIS countries! WEGAME is the main event of playing Ukraine!