The two most atmospheric online games of the CIS: WoW and Lineage 2

Nowadays, the list of online games is estimated at hundreds of offers. However, when the Internet just started emerging in Russia and gamers played using dial-up, their amount was considerably less. Thus, the first MMORPG brought incredible experience. Two games stood out to Russian gamers in particular: Lineage 2 and World of Warcraft. Let’s figure out why they were so popular.

We would like to start with Lineage 2. In 2004, there was a leakage of the official game client-server, leading to the rapidly increasing number of pirate servers in Russia. Besides, very few people knew about the availability of official European servers providing paid subscription. And even though they knew about it, the majority of people preferred a free alternative.

So, why Lineage was so appealing to players? The most important things included its atmosphere and hardcore. Dark landscapes, dangerous mobs faced on the way, interesting skills, and the desire to become better than others encouraged gamers to play night after night. Do you remember queues for mods in Death Pass or battles with players for upgrades in Antharas` Lair?

Previously, players leveled up in dark locations of Ruins of Despair, quietly moving to the marshland near Cruma Tower. Moreover, just remember black plains of Execution Grounds with skeletons, zombies, and terrible flesh eating trees: one could get into such a mess there that it was impossible to return to the previous point.

Following the above-mentioned, locations similar to Ivory Tower seemed to be a light promenade under the shade trees. Needless to say anything about cities: one could take a rest there, put loot into a bank, buy consumables, and learn new skills. And what a great music! One could sit in the Town of Giran hour after hour, just listening the melody.

It might seem strange but the extreme complexity and pretty long leveling up just stimulated gamers to spend more time playing Lineage. This is because the game featured a perfect PvP system. It was this very system that made Lineage the best online game of its age. Just the evidence of being stronger than others made players gather and destroy clusters of mobs day and night. Besides, when you were killed by other player in the PvP or PK mode, you lost valuable experience points and had to level up again. Therefore, players tried to exceed their opponents in every possible way in order not to get stuck on upgrades. 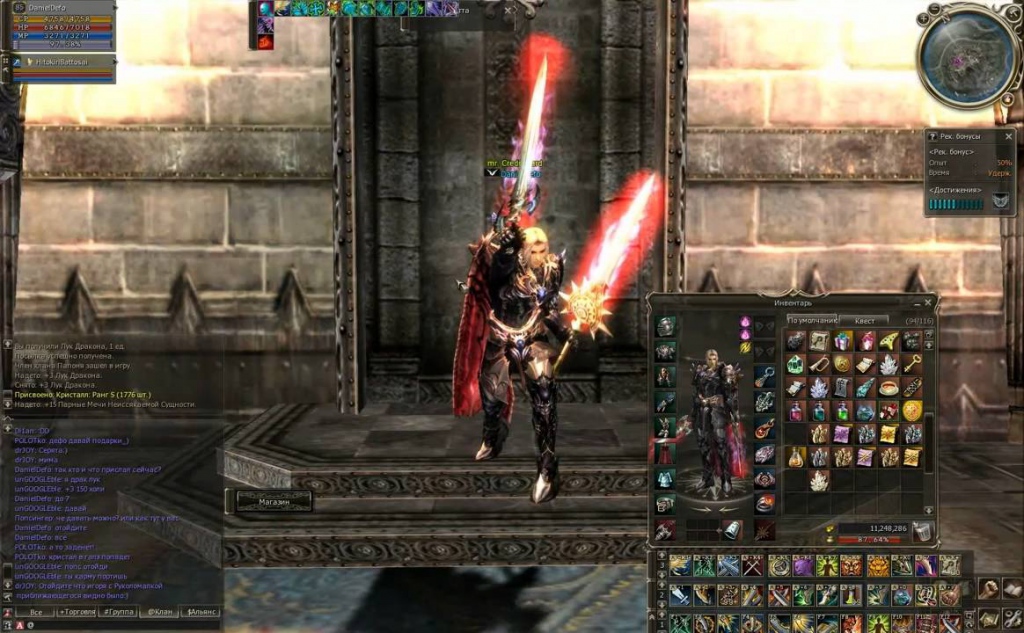 Indeed, there was something to compete for: two clans always failed to divvy up Raid Boss, either Ant Queen and Antharas or even Orfen. Line fight competitions became an integral part of the game process. Winners broke off the fight with incredible satisfaction, increasing their ego as much as possible. 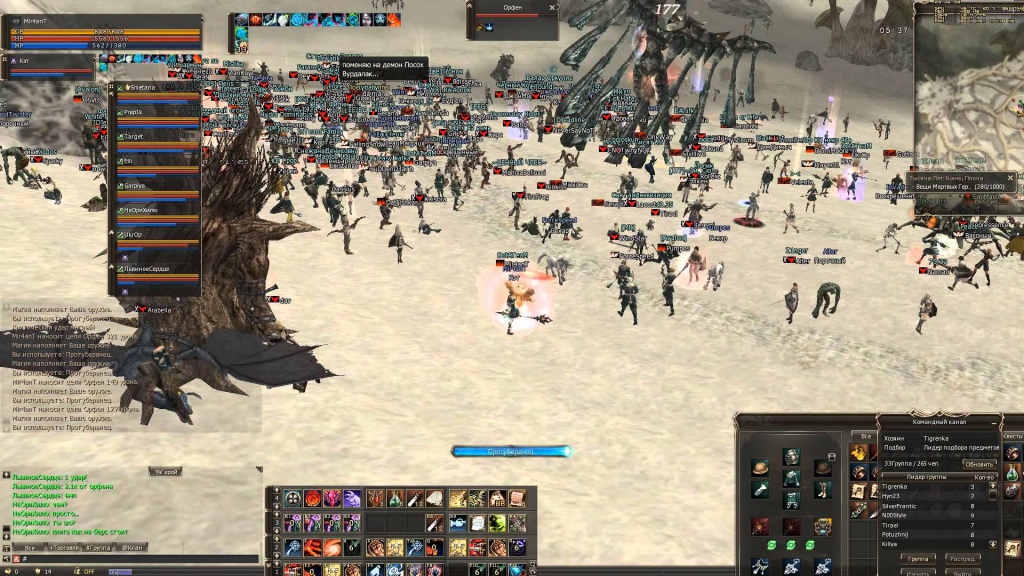 Sure, rivals among players could be found not only in the open field and prior to bosses, but there were also Castle Sieges. And it is a separate matter. Sometimes, such sieges involved so many people that the poor server could not deal with such a powerful online rate and went down several times per hour. Nevertheless, battles were really epic: it was even impossible to define a nickname of enemy players because of huge density. Clans created alliances and coordinated their own actions in the chat (when the Internet speed did not allow to communicate using voice programs).

Following the battle outcome, one of the clans took control of the castle. It provided certain privileges: a tax on selling Trading Posts in corresponding cities, an access to new items, a Teleport into the castle, and buffs.

What was the result? As the result, we obtained a game that rewarded players for their efforts, made them become better than others, craft armors, come in clusters, and achieve common goals. All of these activities completely engaged players. Therefore, Lineage 2 became one of Russia’s best online games.

This truly epic game was officially released in Russia four years later than Lineage 2, in 2008. It was a real breath of fresh air for those who managed to be full of Lineage 2. The game was almost immediately entered the list of Russia’s coolest and most interesting online games. Although it was a game with monthly paid subscription, you received an incredibly elaborated offer with unique atmosphere.

The first thing to catch the eye was brand-new graphics and engine. Initially, players could dislike some cartoonish features but they rapidly got used to it. After a while, you realized that you spent five hours in the game, loosing the time perception. 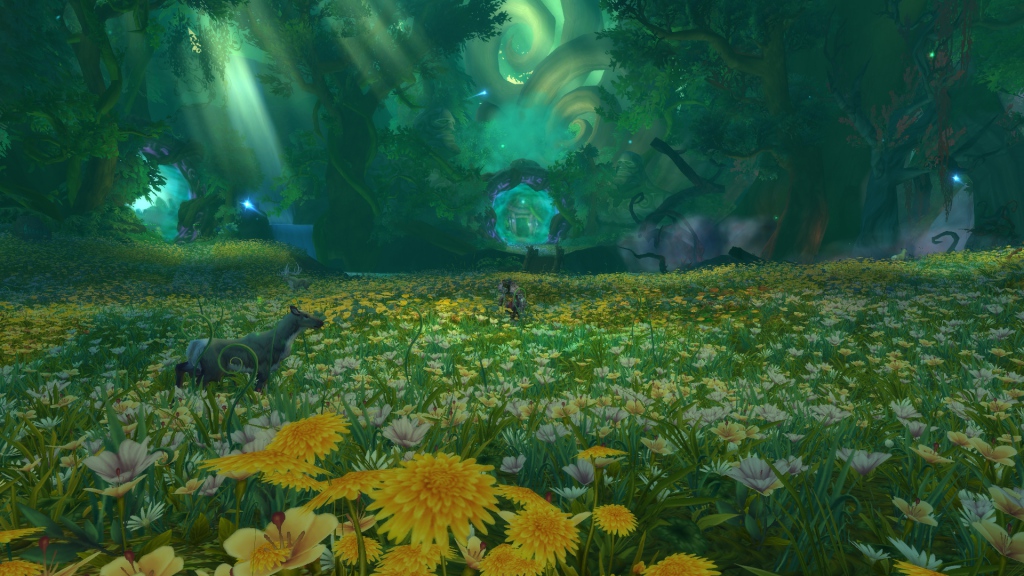 Besides, while Lineage 2 was primarily dark, WoW was well balanced: light deserts of the Northern Plains, dreadful dust sands of Durotar, magic woods of Hyjal, jungles of Un’Goro Crater, deadly ice desert of Icecrown, and highland of Howling Fjord.

We can long talk about all of this, but the fact is the following: the variety of locations have boggled the imagination of players. Besides, each of them had its own music developed by professional composers, which provided a complete and comprehensive immersion into the game atmosphere. 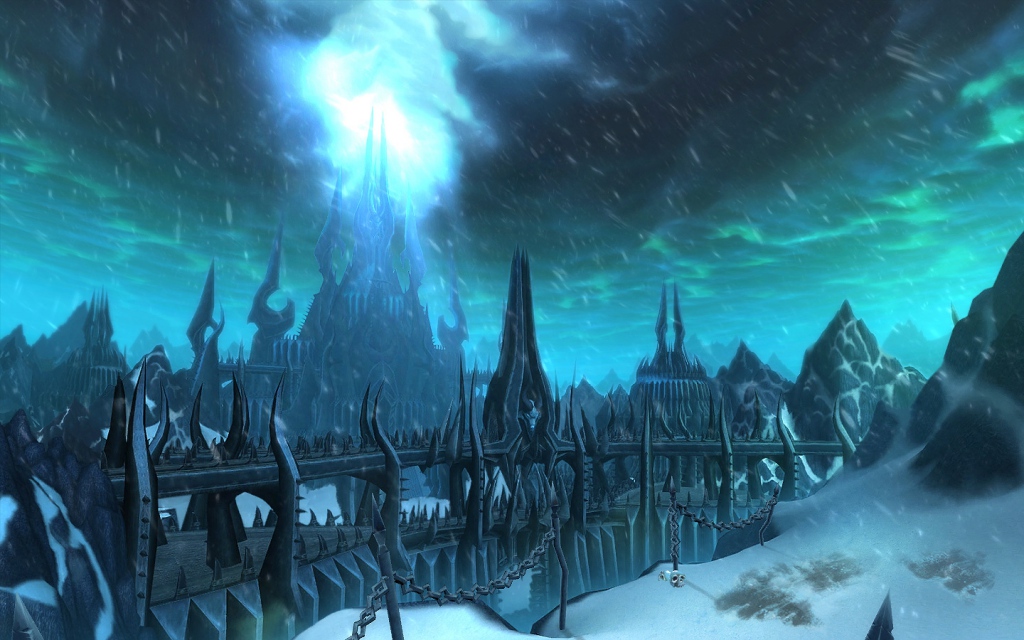 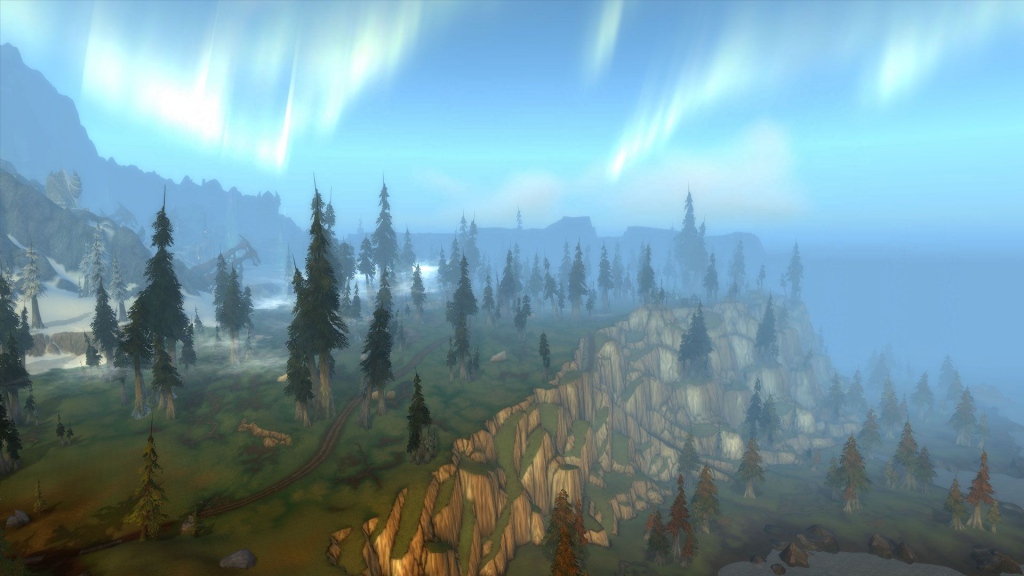 One more new feature setting apart WoW from Lineage 2 was dungeons. Each of them was unique and had its own bosses and certain trophies. The dungeons were hard challenges for some groups of players, but they were extremely glad after passing them. It’s impossible to forget the Gnomeregan, the Stratholme, the Shadowfang Keep, or the Scarlet Monastery. 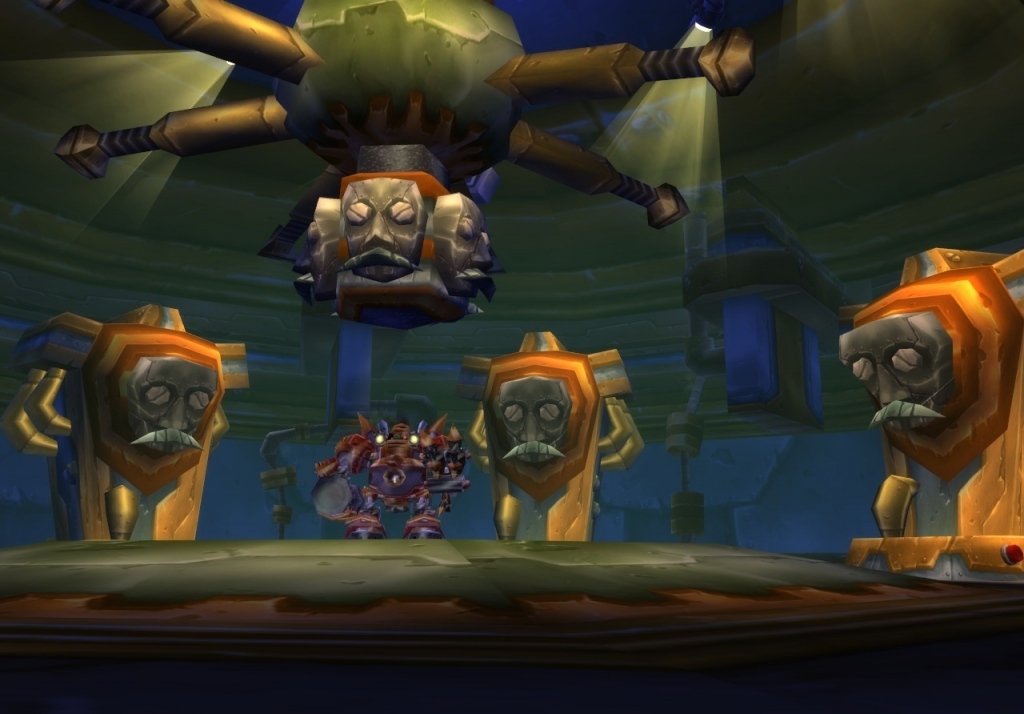 The upgrade process of World of Warcraft was completely different from Lineage’s. Lineage 2 featured a depressing and monotonous updates (only mobs’ murders), while WoW offered 95% of quests. For instance, common killing of horns and quest chains like Fiona's Caravan in Eastern Plaguelands. Every quest gave a significant amount of experience and, perhaps, some kind of item. Moreover, the game constantly offered players something new, preventing them from being bored of monotony. 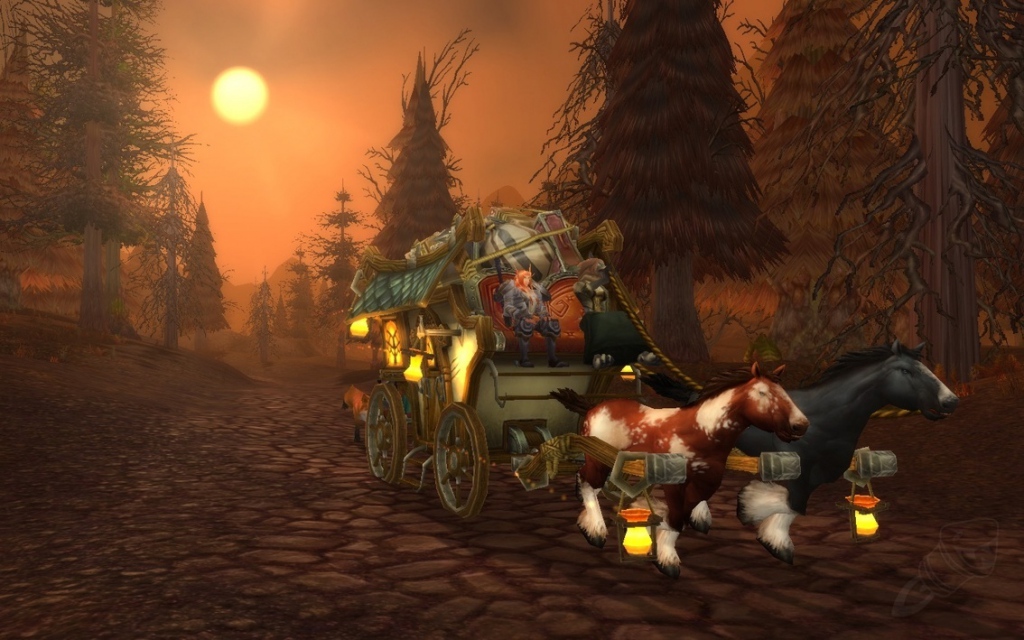 One more advantage was the fact that, leveling up maximally, you realized the game had not even started yet. Reaching the high level, you met so many various activities that you didn’t know where to look first. At that point, you understood the real serious game started there. You were able to enjoy high-level challenging dungeons, extremely difficult Raid Bosses, world bosses, gold farming, periodical events (holidays), weapon upgrades, profession enhancement, class trials, and combative guild. 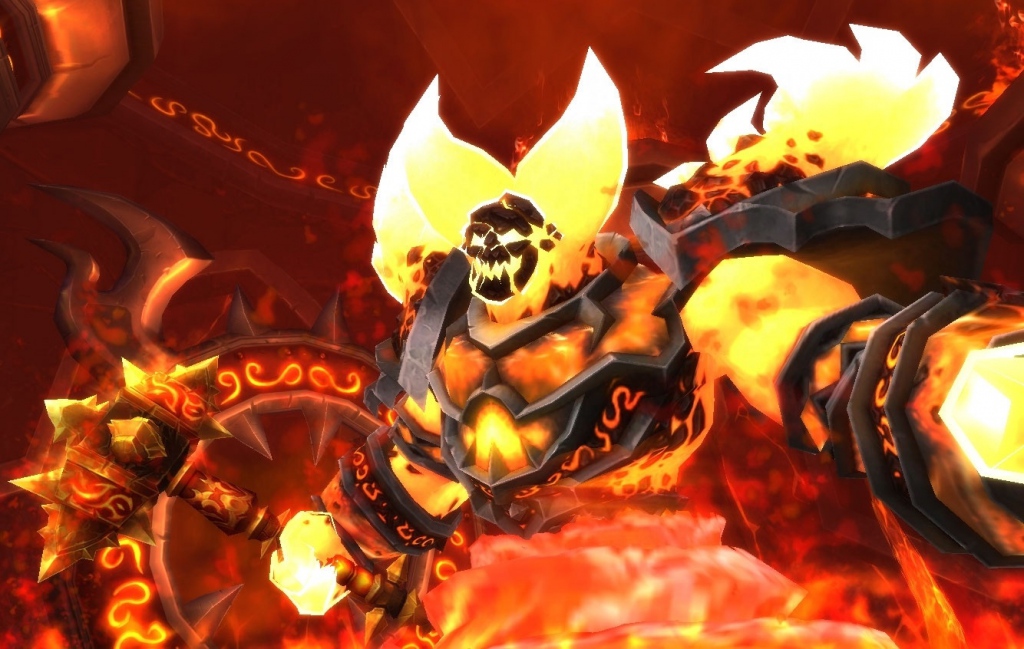 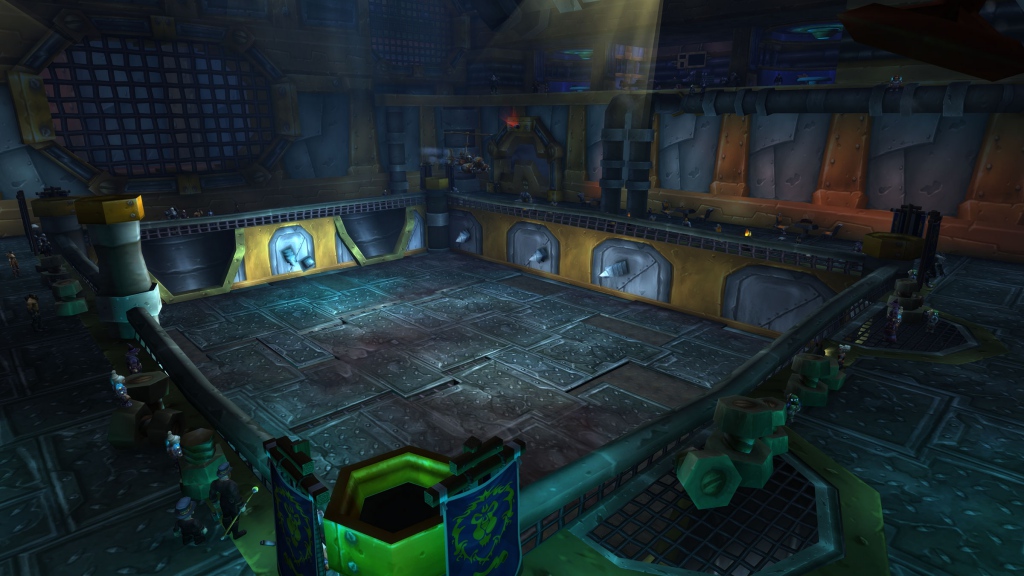 Do not think that the game has not featured a PvP option. That’s a separate topic, completely different from PvE activities. Such a mode allowed rugged guys to try their skills and weapons against each other. Hardly anyone will forget endless battles between the Horde and the Alliance in Alterac or Arathi. There were all that a PvP lover could wish for: Capture the Flag and territory control. Besides, developers offered 2х2 and 3х3 arena fights for those desiring to check out their skills at the more individual level. 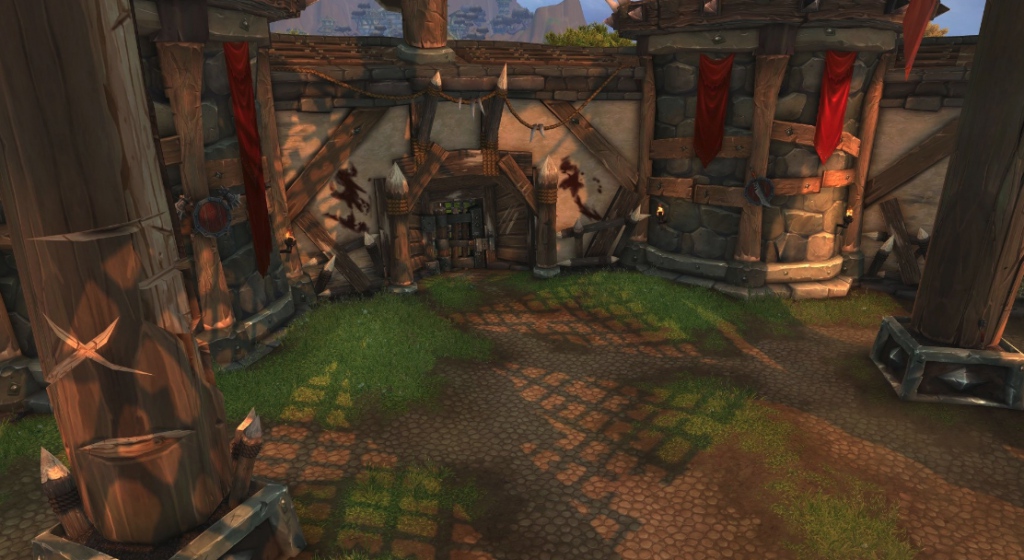 All of these aspects created the product that had never existed not only on the Russian gaming market but also worldwide. Elaborated plot, lore, PvE and PvP activities, music, graphics, balance of classes, and regular updates are just a few of reasons for World of Warcraft having become one of the best online games ever, and just the best one for millions of players.