Each Counter-Strike: Global Offensive team has a sniper. High hopes are placed on this person because his or her playing can reverse the situation. Both aggressive and passive actions of the sniper are greatly appreciated. Professional teams try to attract a worthy player with an advanced level of rifle proficiency. One of the acting team members can be the sniper if necessary.

Sniper weapon: what to choose?

The sniper can either defend the positions or assist in attacks on the hostile depending on the team’s playing style. A player with the rifle can be useful when you need to make a quick frag, fortify at a defensive position, or leave the opponent’s team outnumbered. There are no special tips on sniper’s behavior, as all players elaborate their own style in the field.

The most expensive CS:GO weapon is a sniper rifle. Therefore, the majority of players can afford it only after the fifth round. AWP is one of the sniper’s favorite rifles.

Its full name is Accuracy International L96A1/Arctic Warfare. You can find AWP modification designed for special forces and police. A stock and a butt are colored of khaki, but it can be changed using specific skins.

A magazine consists of 10 bullets. Experienced snipers follow the rule: one shot, one kill. Thus, the rifle with the full magazine allows to destroy the enemy’s whole team (five people). You will obtain three full magazines as an additional bonus to the weapon. Arctic Warfare is a powerful deadly weapon in skilled hands of the sniper. It is pretty good in a long-range battle. There are some disadvantages: high price, long reloading, loud shot sound, and impossibility to fire a precise shot without aiming.

AWP costs $4750 and provides players with $100 for each dead man killed by it. Snipers should do their best to compensate for the weapon.

There is a cheaper rifle – SSG 08: it costs only $2000 and gives $300 for every murdered person. However, it has one nuance: any AWP shot neutralizes an opponent while SSG 08 requires a head shot (or a bullet in the stomach if the rival neglects special protection).

Another cheaper option is Steyr Scout. It is appropriate for newbies because of being affordable, light and compact, as well as without heavy blowback. Nevertheless, this weapon won’t make you a professional player.

Besides, snipers need a gun in order to shoot back when it is impossible to load a rifle. Deagle is the best choice.

Strategy for remaining alive as long as possible

Snipers are valuable players that should take an extremely responsible approach to their survival in the game. The loss of snipers means the failure of the team. That’s why you should analyze each step, keeping escape routes.

Specify and check out:

Whatever the circumstances, the sniper’s goal is to keep calm and carry out sight shooting. The opponent usually does not see where you hide. So, you will have enough time to select a point and get a shot off. Do not fire in motion, as you will hardly hit the target. A skillful sniper alternates a precise shot with an immediate change of position.

Weapon optical sight: does it affect the quality of fighting? 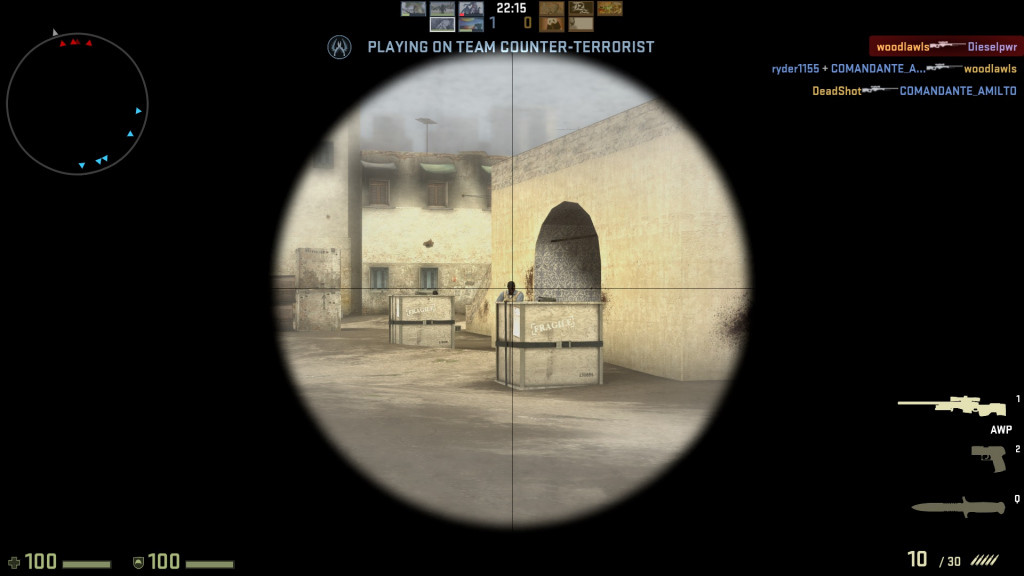 All sniper weapons feature low power and powerful 16-fold approach. If you apply the latter option, note that the speed of movement will be low because of the slow territory observing.

You’d better prefer an alternative where items increase several times. Moreover, you will be able to move comfortably and see everything clearly. If the enemy comes too close to you, the rifle is an inefficient device. As mentioned above, you can use the gun in this situation.

A good AWP user should be a quick sharp shooter. Those desiring to become professional snipers in the game have to advance these skills.

Training maps also help to develop such skills as clamp practice, target shooting, defense against bot attackers etc. Maps generally have counters for target and missed shots so that players can monitor their performance.

Playing as a sniper in the team, you should thoroughly explore the map. You have to know all the points that can be used as a cover or an ambush.

Learn from the best ones: esports players as an example for newcomers 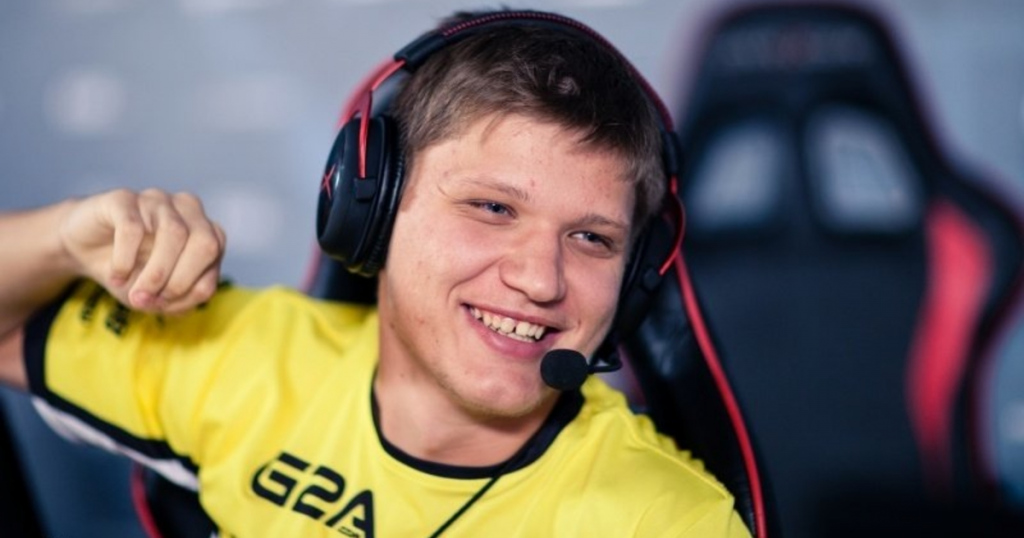 This Ukrainian esports player can be considered as the world’s best CS:GO player. Over his six-year career, Oleksandr has changed 15 teams and then has joined Natus Vincere. He has become famous for showing repeatedly the high level of sniper rifle proficiency at the competitions.

A Danish professional player and a member of the popular team – Astralis. Nicolai thinks through each movement during training, achieving excellent results at the tournaments. In 2018, he was recognized as the best player at FACEIT Major. Nicolai’s streaming can be beneficial to both beginners and experienced snipers. 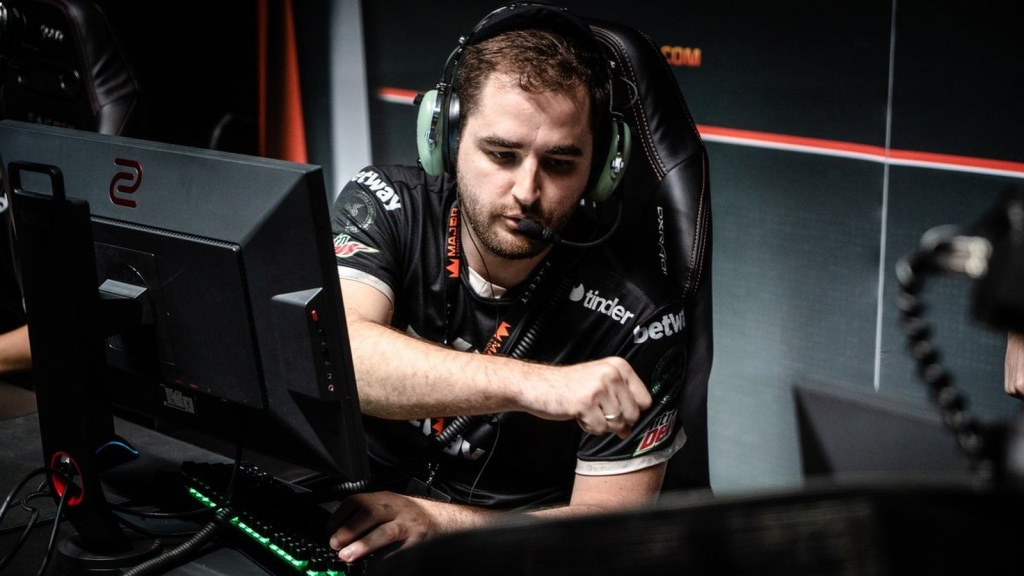 A Brazilian professional CS:GO player entering esports at the age of 13. Currently, Gabriel is a globally renowned and authoritative person among gamers. Over the past three years, he has lost none of the matches as a sniper. He successfully combines the role of captain and AWP user. 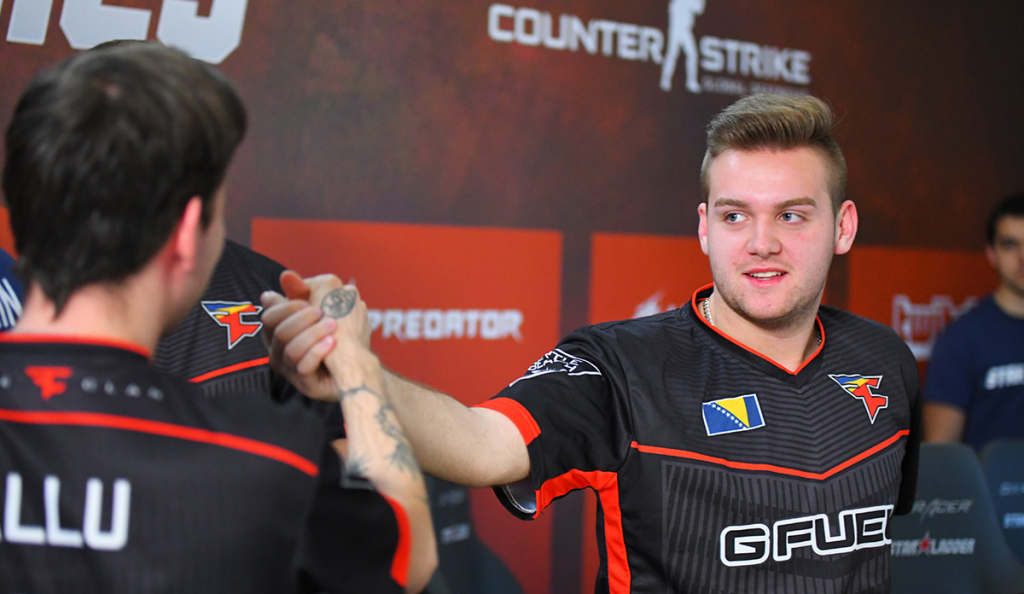 A player with 10 years of experience. In 2019, he was acknowledged as one of the best CS:GO players. Nikola successfully acts both as a single player and as a team member. He can boast an intriguing combating technique that is worth examining. 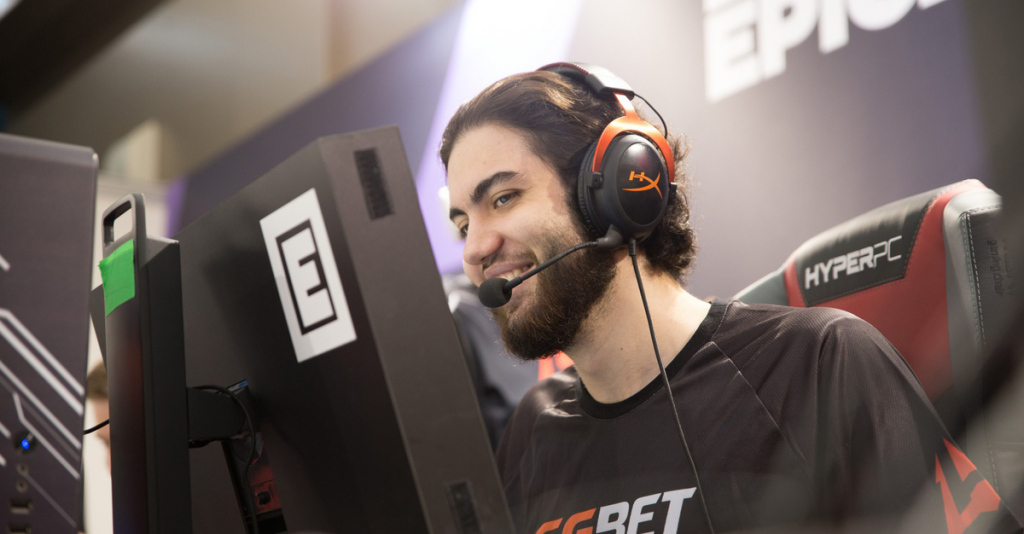 A rising esports star. Ali started his career two years ago, managing to reach strong results. He is a member of the AVANGAR team. His performance: 10,000 precise shots in 14,000 rounds.

Are you interested in esports and CS:GO in particular? Join WEGAME 6.0 and participate in the tournament!