Marianna de Mort: “I was into cosplay even before knowing its actual name”

Our press service was lucky to meet Marianna De Mort, a cosplay show judge at WEGAME 2.0 festival! The hero of our interview is a cosplayer, director and TV presenter, master of creating unique and colorful costumes literally from improvised materials. We asked her to tell more about her passion and took some good photos. Enjoy!

L.T.: Marianna, tell us how and when you became interested in cosplay?

Marianna: The funny thing is that I had no idea how my hobby was called for a long time. I was creating costumes, characters, but there was no definition for my activity.

I grew up in a family of artists, so I used to draw since childhood. Then I enrolled the Kyiv National University of Culture and Arts to study movie and television directing. We had tasks to shoot short films within the scope of our term thesis. We had to come up with our own scenario, find stage props and create characters.

I always wanted to shoot gloomy and mystical or sci-fi movies. I could not find anything useful for my movies in our property rooms so we had to prepare everything on our own. Our educational scholarship was not enough to buy necessary costumes and decorations, that is why I had to create a lot of stuff with my own hands.

Everything was made from improvised materials: boxes, old clothes, different decor details found in dormitory. For example, once I needed human bones and skulls so I came up with an idea to make them from flour and water - I put the dough into required shape and covered it with varnish. Straightjacket for one of the characters was sewed of old bed sheets.

Another important interim stage for me was the passion for gothic subculture, which has gained popularity in 2007. I started creating costumes for myself, attending gothic parties, making themed performances, participating in photo shoots.

I found out about the existence of cosplay in 2010. I was receiving lots of questions from people in social networks about my experience in cosplay. Then I decided to google this unfamiliar term, and realized that I’ve been cosplaying for several years without even realizing it. Over time, I left gothic stuff, but cosplay has become an important part of my life. 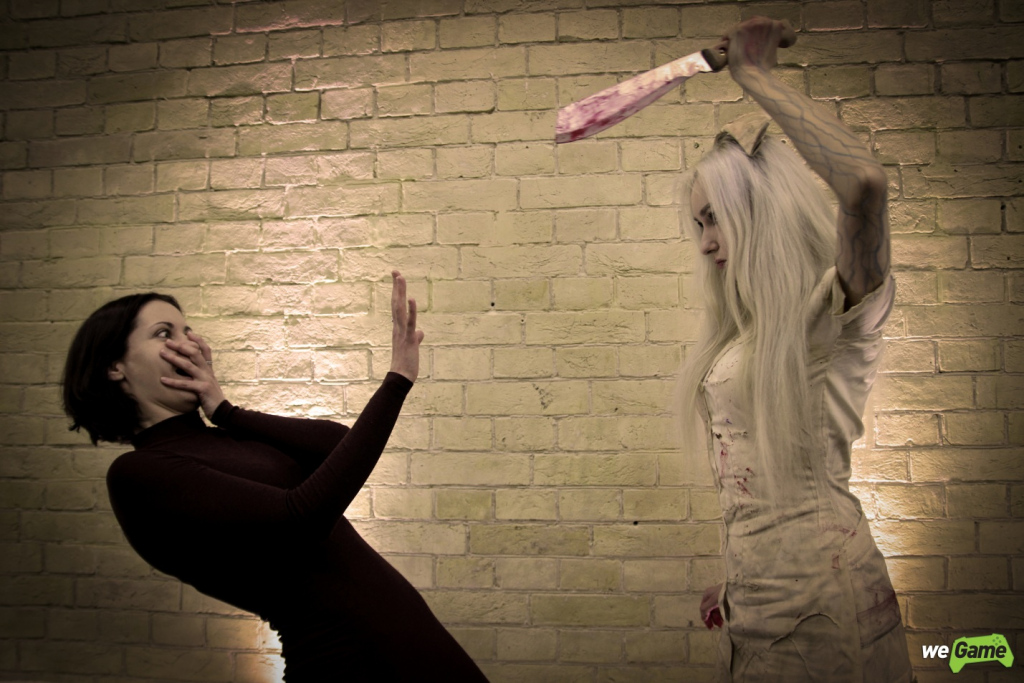 L.T.: You have been sewing costumes for yourself already for many years. Have you ever received orders to sew something for others?

Marianna: Yes, I often receive orders for making costumes for video and photo shoots and various stage props as well. Once I was asked to make Alyoshenka – an alien-like doll - for some performance. I still have it, without a head though: a friend borrowed it for a photo shoot, but taking it to the public transport was not a good idea.

When the trolley bus door ripped off doll's head, the driver did not want to stop and then it was too late to save it.

In general, since the times of my education, many people used to ask me for help in the creation of costumes and stage props, and it still happens now. 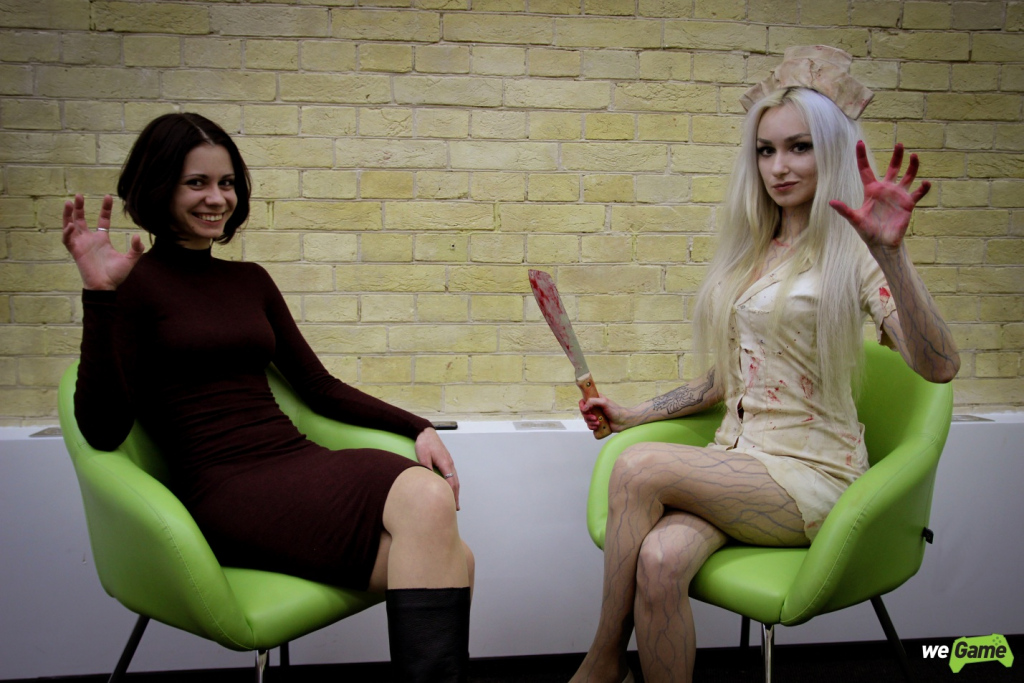 L.T.: What are the materials you use the most?

Marianna: I use everything that is at hand: different boxes, plastic bottles, bags and even toilet paper. The latter was once even used for creation of the Inmortan Joe mask, a character from the "Mad Max" movie. I recall that it took me a while to search for life hacking ways of its creation on YouTube, but there were only complex and expensive methods. Then suddenly I came up with an idea of cutting the shape of the six-liter plastic bottle and gluing it over with shredded toilet paper mixed with PVA glue. I glued cardboard instead of metal parts and painted all of it.

It turned out to have quite an impressive look. 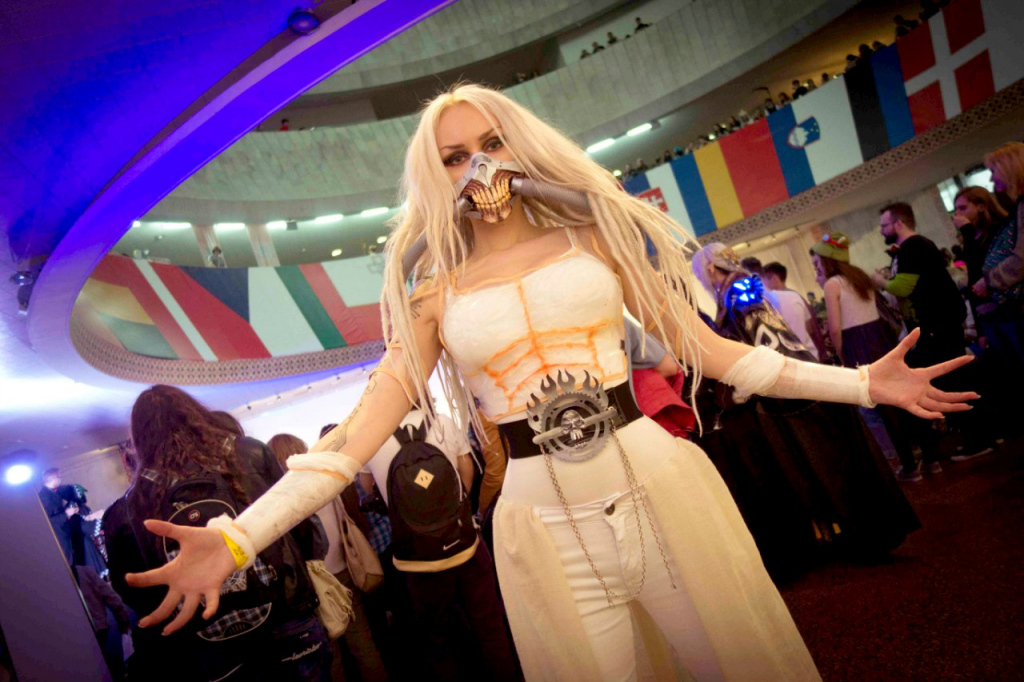 The main thing is to cover the top with acrylic paint and then any material can gain the desired look. Cardboard, plastic and cellophane after the painting process are almost unrecognizable.

Also, since the gothic past I made it a habit to look for second-hand parts of the wardrobe that would be useful for creating a character. Nurse costume from the "Silent Hill" game, which I wear now, is a gown that I bought on the secondhand market, then cut short and sewed on in a different way. The desired color was achieved through soaking in coffee - it makes the tissue old looking.

The continuation of our conversation with Marianna and all lifehacks of cosplay costumes craft will be published on our website soon!