Most original locations of eSports tournaments

How do you think, what is the best place to hold a large eSports tournament: a sumptuous theatre or a church? No, that’s not daydreaming but reality! Find out more about the most original and unexpected locations that hosted global eSports competitions.

A grand-class cruise ship is one of the most famous and luxurious locations of eSports tournaments. For example, Nanyang Dota 2 Championships 2016 took place on large liner Sapphire Princess designed for 2670 guests. Surely, this giant offers all facilities and possible diversions: swimming pools, tennis courts, and even golf courses. 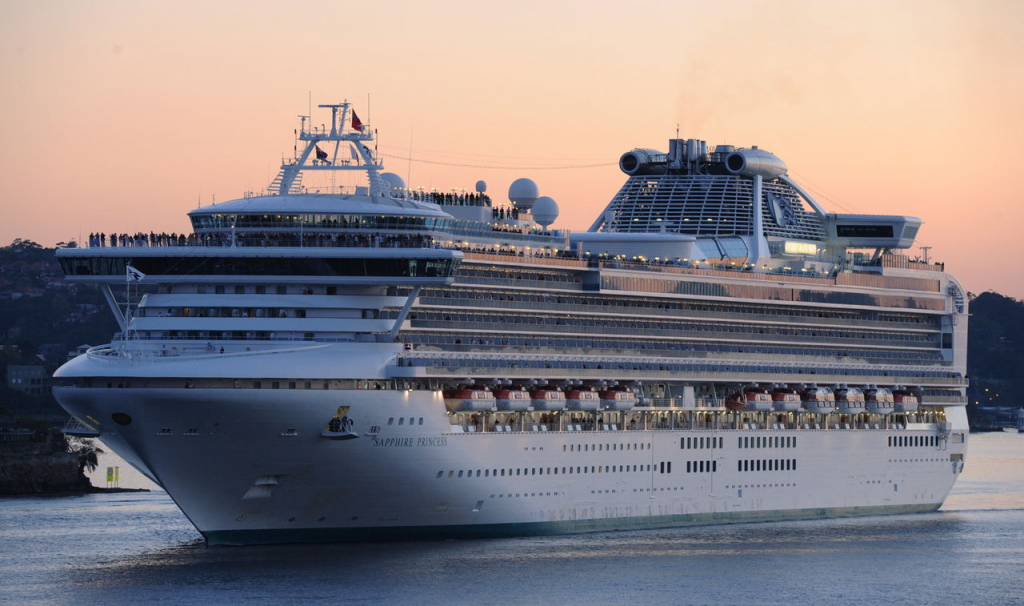 By the way, participants of Nanyang Dota 2 Championships – Cruise Cup had a good time during breaks between the matches. Four teams from China (Wings Gaming, Newbee, iG Vitality, and Invictus Gaming) took part in the LAN final, they competed for the prize fund of $45 000. Wings Gaming won the tournament and got $22 000. The tournament held onboard of the cruise ship lasted for five days: October 13-17.

The next unusual venue for eSports tournaments is quite pompous. This is a theatre located in Boston (USA) called Wang Theatre. The place with no relation to video games held key tournament Dota 2 – The Boston Major 2016.

The venue was opened in 1925 and currently opens the door to the most famous pop stars. The stage of Wang Theatre serves as a platform for large-scale musicals. 16 teams competing for $3 m took part in the tournament held within December 3-10.

Italian organizers of eSports tournaments dedicated to Overwatch, Quake Champions, Hearthstone chose a fairly unusual place for meetings of gamers. It is San Romano Church located in Lucca. Keep calm, everything is alright because no acts of worship are performed there, the church has been handed over to the local society. 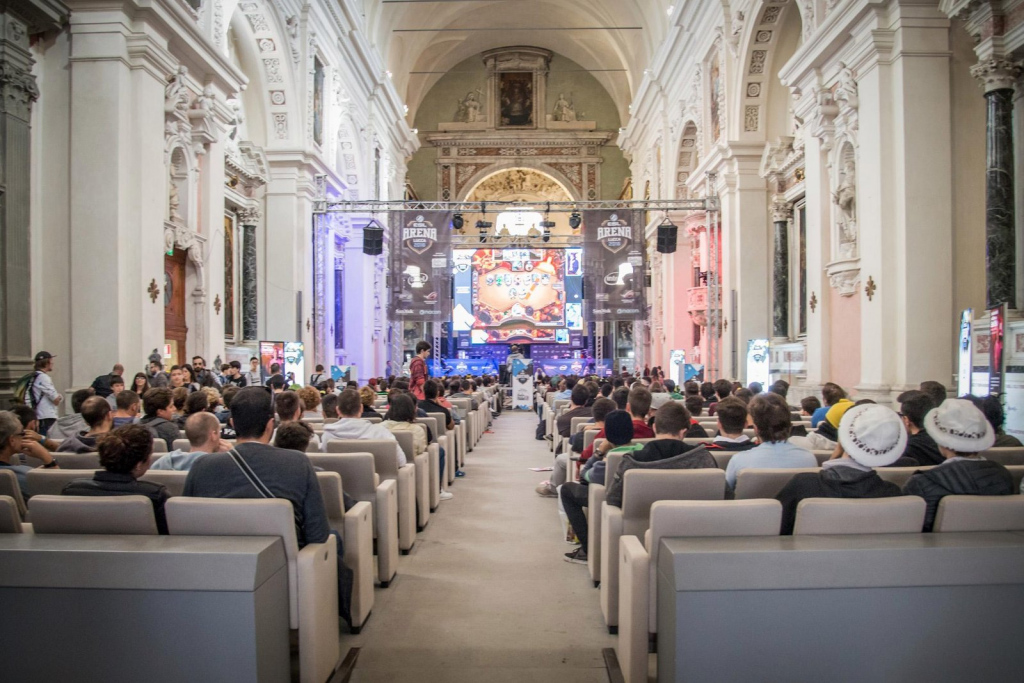 The old building was constructed as far as the VIII century and has been renewed multiple times. In 2016 and 2017, it held Italian event Lucca Comics & Game including one of the tournaments that are part of Esports Open 2017. Quake and StarCraft participated in the competition. Among the players fighting for the prize of $16 in 2017, there were such eSports athletes as Sander ‘Vo0’ Kaasjager, Maciej ‘Av3k’ Krzykowski, Marcel ‘k1llsen’ Paul, and Thomas 'hal' Avallone.

The New-York-based legendary arena is a venue for regular international sports competitions. The complex annually hosts 300+ various events. Madison Square Garden holds the unbelievable quantity of spectators – 20 000. Since its establishment in 1968, the arena served a platform for the competitions with the record-breaking number of won titles compared to any other venue across the globe. 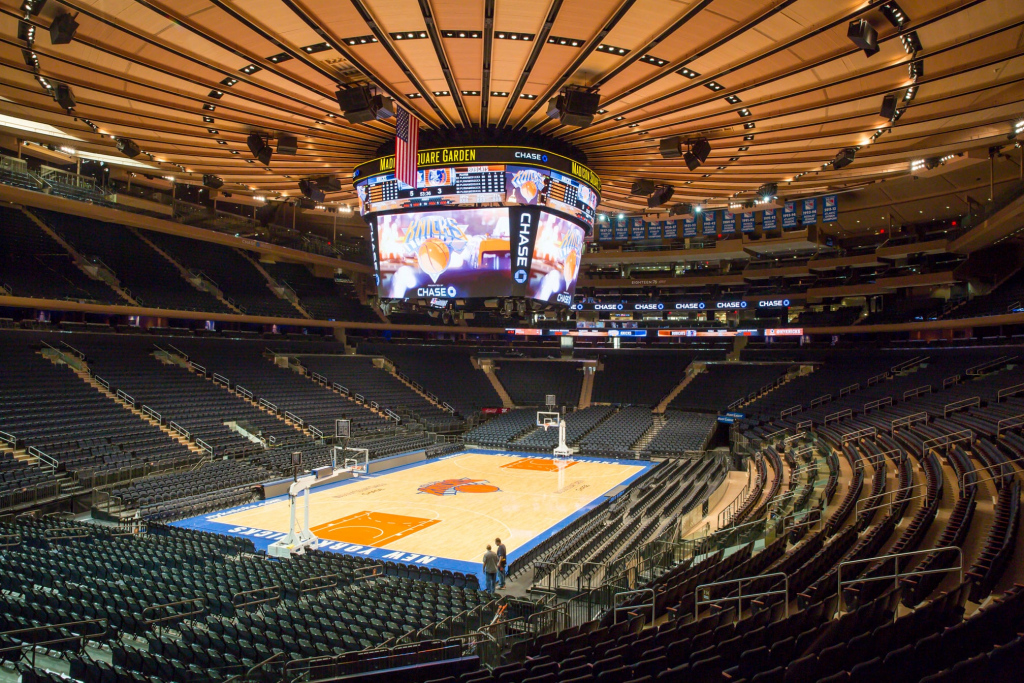 Organizers of international eSports tournaments also got interested in Madison Square Garden. Final stages of American League LCS (2015) and semi-finals of League of Legends World Championships (2016) also took place there. It was the full house since all tickets were almost sold out for both events.

The Poland-based Wieliczka Salt Mine has been recently discovered as a new venue for eSports tournaments. In spring 2018, competitions dedicated to card game Gwent – Gwent Challenger 2018 were held there. In the course of the championship, top eight players were fighting for the prize fund of $100 000 (as well as Crown Points and the first place). Damian ‘TailBot’ Kaźmierczak fairly won $61 000. 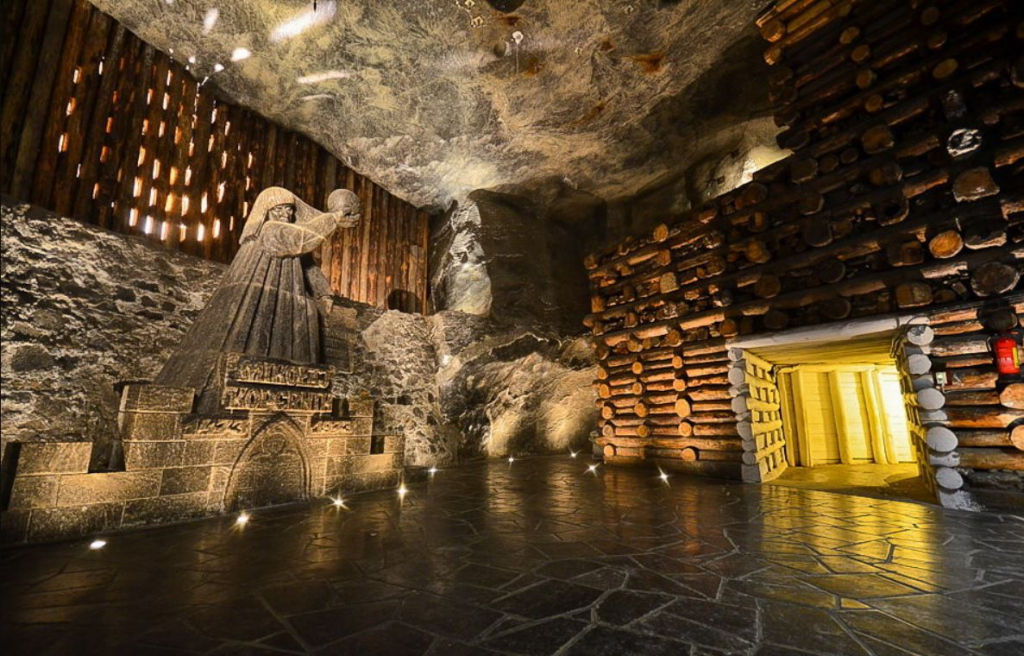 The Wieliczka Salt Mine has its unusual vibes that remind of one of the Witcher’s locations. Besides, it was placed on the original UNESCO list of World Heritage Sites. The venue has a long history. Mine’s total length with all corridors is 200 km, rock salt has been mined there since 1044. The mine was formed 15 m years ago.

The anniversary WEGAME 5.0 won’t hold eSports matches on a cruise ship but they will be rocking! Participants may count on not only fans’ support and fame but also valuable prizes from our sponsors.