Hearthstone Global Games tournament was organized for the first time. Its main peculiarities are 48 participants representing different countries and sponsorship of the game developers – Blizzard Entertainment. The event was even named “Hearthstone Olympic games”.

Having started in April, the first team stage is coming to an end. There are 2 team stages (Group of 48 and Group of 24) planned as well as LAN final among the best four countries. There’s still a lot of time left till the end of the championship but we do know that Ukraine will make it to Group of 24. Moreover, the team is leading not only in Group H but also according to figures of all participants.

Having won 4 out of 4 rounds, Ukrainians have one final match with Belarus (June 6) which is obviously less skillful taking into account results of previous games (1 win and 2 losses).

The only team which can be compared to Ukraine is from the US which also won all 4 rounds but its general figures are a bit worse.

Let’s view the victory march of the Ukrainian team at Hearthstone Global Games in more detail.

Victory over the German team 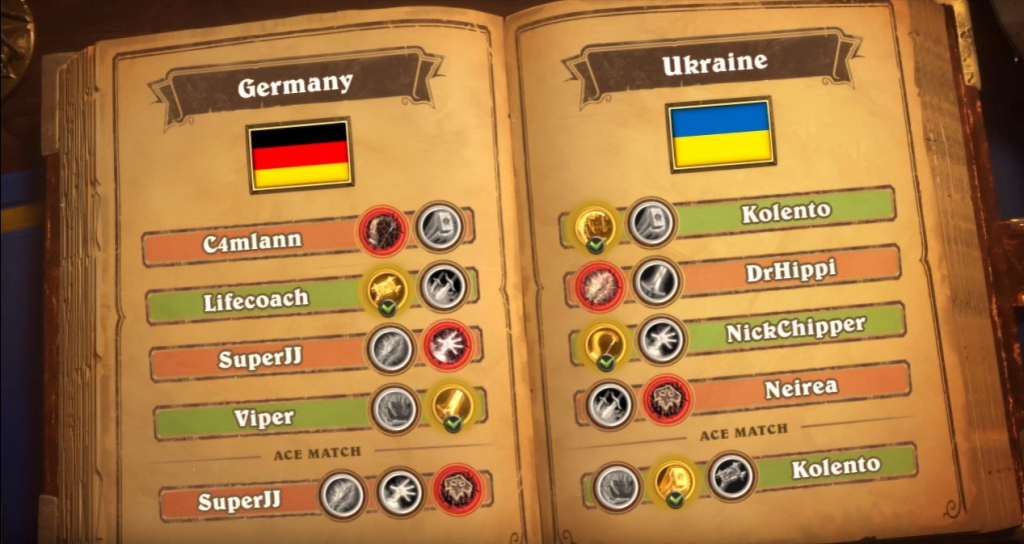 In the first round Ukraine played versus Germany. The battle lasted for 2 hours, wins were alternated with losses. Alexander “Kolento” Malsh brought two major victories – in the first and final matches. Nikolai “NickChipper” Velichko also did well though he wasn’t widely known to the gaming society as he didn’t participate in large contests. 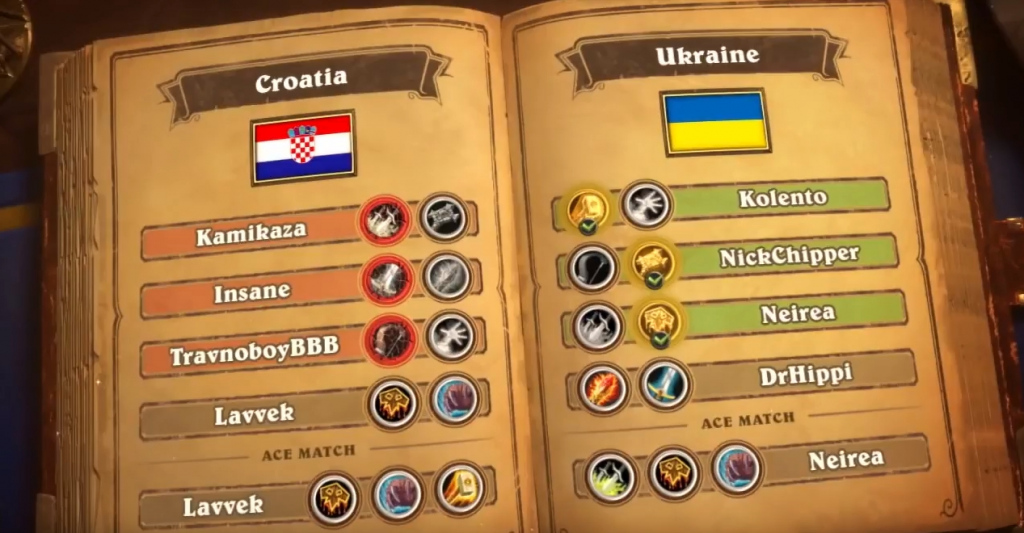 Ukrainian cybersportsmen needed less than an hour to defeat quite a strong team from Croatia (keeping the third place in Group H). Kolento opened the round with victory. Although NickChipper chose Druid instead of Hunter, he brought the second victory to the team without too much difficulty. The victory of Eugene “Neirea” Shumilin was a crucial moment and Artem “DrHippi” Kravets didn’t need to participate in the round.

“Groundhog Day”: victory over the Philippines 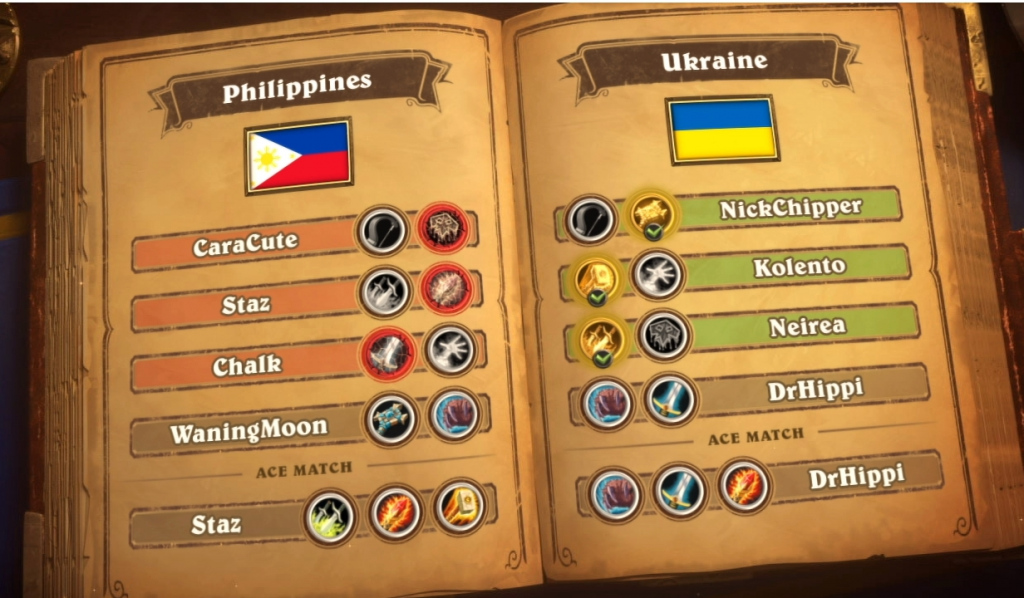 For Ukrainians, the third round was not very different from the second one: three consequent victories; DrHippi was on the bench. Alexander Malsh and Nikolai Velichko just changed the order of performances but played with the same Druid and Paladin as in the match versus the Croatian team. Neirea was the third one to fight but chose Warrior for a change.

Ukraine vs. the Czech Republic 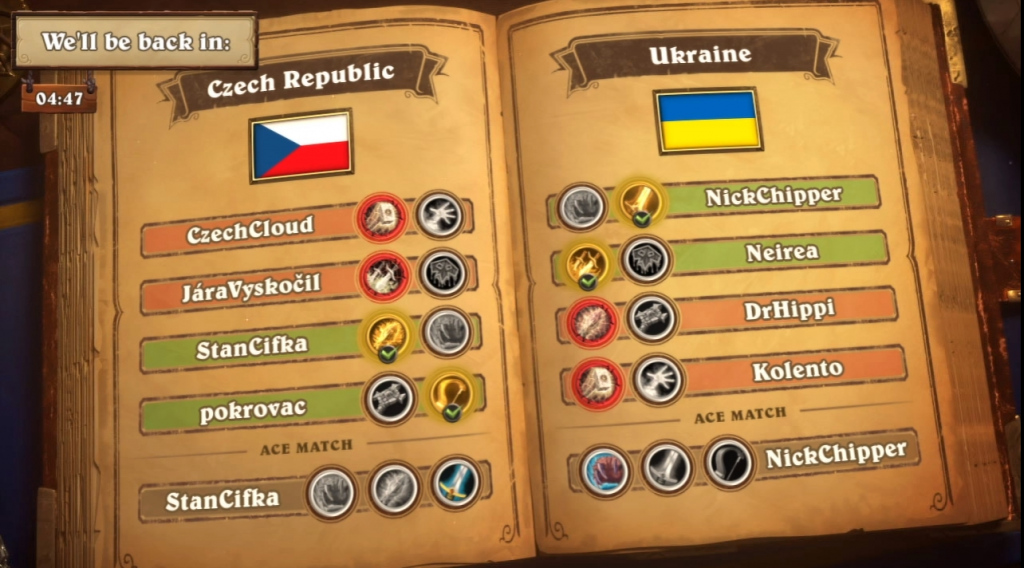 The Czech team was the strongest Ukrainian rival in Group H. The hero of the round is, undoubtedly, Nikolai “NickChipper” Velichko who won the second and the fifth fights. In comparison to the first easy battle, the second one was incredibly difficult. It is interesting that he fought for Warrior and Druid initially positioning himself as a skillful Hunter. Neirea also showed himself in a good light but for Kolento it was the worst game of the season. Read a detailed overview of the round.

Taking into consideration results of the first four rounds, it can be concluded that the Ukrainian team is one of the strongest at Hearthstone Global Games. The main discovery of the year is Nikolai “NickChipper” Velichko who turned out to be a much stronger player than we expected. Now it is the only Ukrainian player who didn’t lose a single game.

The situation with Artem “DrHippi” Kravets is absolutely different. In all previous rounds he was either left on the bench or lost matches – not a brilliant result for a cybersportsman who was listed in the world top 3 in 2016. Nevertheless, we hope that he will show his skills during next games. He will have the chance on June 6.