Ukrainian team entered a quarter-final of Hearthstone world championship, the winner of which would be determined at BlizzCon 2017 in early November. Meanwhile, Ukrainian representatives are on the highest possible level.

The last played march significantly surprised the audience as promised. It was the second time that Artem ‘DrHippi’Kravets defeated his opponent within 10 HGG competitions. Besides, Nikolay ‘NickChipper’ Velichko faced the second defeat throughout this period.

DrHippi was the fourth to compete (according to players’ positions, the team hoped to win without him). It seemed like NickChipper had to double mark other players but he failed to put himself in a better light. The loss was caused by bad luck in cards.

Nikolay could draw nothing but pirates at the beginning, while his opponent got two Golakka Crawler cards in a row, adding one point to health and attack by destroying the pirate card when entering the game. Several moves later, NickChipper did not get any useful cards and surrendered with 11 health points.

Artem’s game start did not seem prospective as well. His decisions looked like mistakes but appeared to be efficient in the end. He did not allow his opponent to occupy the table, blowing up enemy creatures by all means. As the result, the opponent gave up with 2 health points.

Interestingly, all fights, save for the first one, completed with surrender of one of participants.

Hearthstone Global Games (HGG) championship involved 48 teams from various countries. You can find reviews of the majority of matches passed by Ukrainian players at the first group stage here. All of them were successful, except for the final one. But even having lost to Belarus, the guys entered Group of 24.

The second group stage was also completed successfully aside from one defeat to Greece team. Curiously, it was NickChipper who achieved the single victory for the Ukrainian team in this match.

The third phase (Group of 16) started for Ukraine with one more win: over the Austrian team. 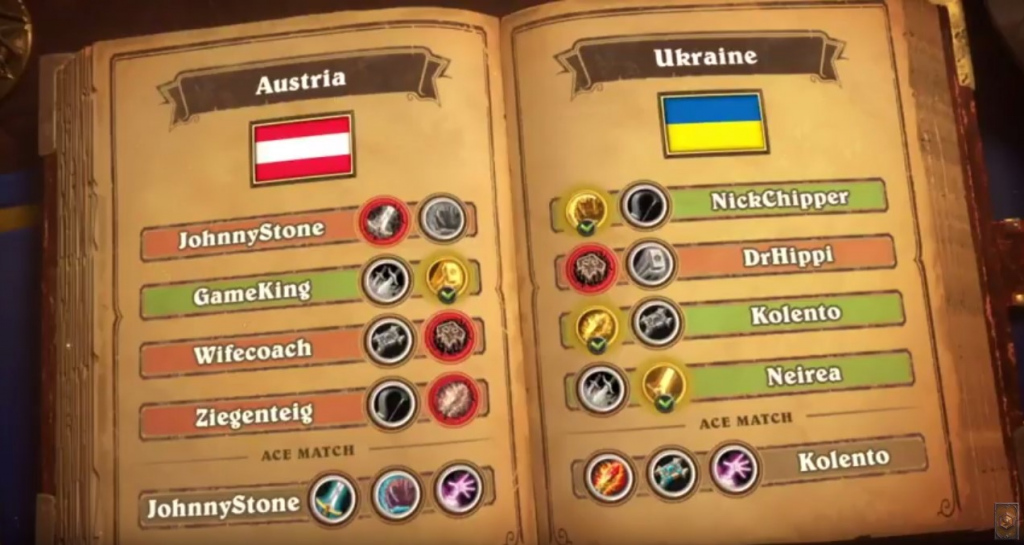 Besides Ukrainians, Czech representatives managed to enter the quarter-half. Other 2 participating teams will be determined on July 21.

Currently, our team has good chance for victory, although a considerable amount of time is left to BlizzCon 2017. If players can keep a prescribed pace and join hands with luckiness, they will reach positive results.