The long-awaited festival – WEGAME 4.0 – will take place on April 21-22! Gamers, geeks, cosplayers as well as game and gadget developers will get together to spent the most incredible weekend of 2018.

However, while spring is far away, we should enjoy the New Year mood. Due to coming holidays, WEGAME is presenting a 50% discount for two-day tickets! Use the happynewwegame promotion code in order to receive them at the price of 125 UAH each.

There is no limit! Buy ticket for yourself, your best friend, brother or beloved person: you’ll have more fun together.

The special offer will start on Monday, December 18, and will last until January 14 inclusive.

How will WEGAME 4.0 impress guests? 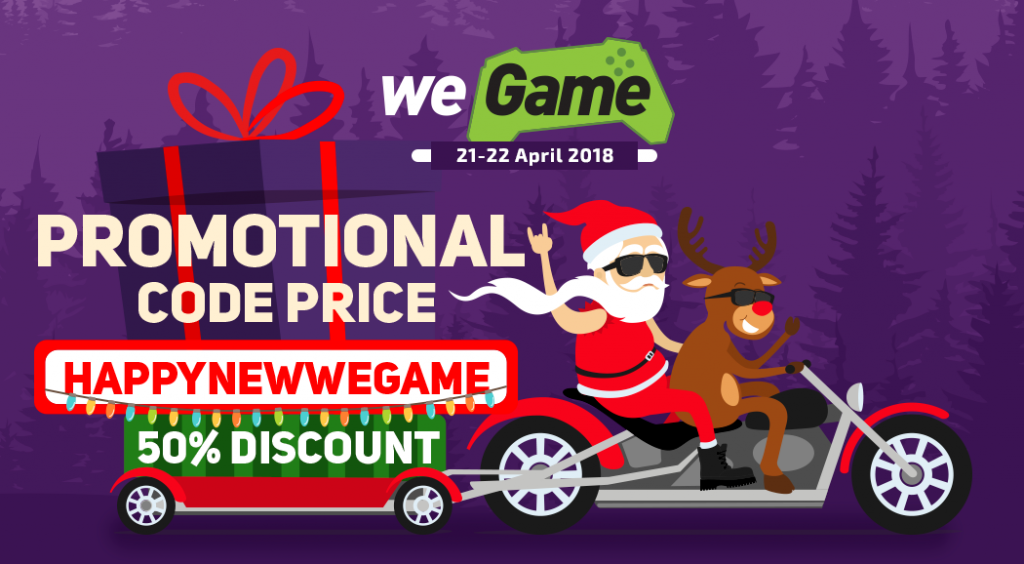 First off, you will be able to attend an exhibition of new games for PCs, consoles and mobile devices. You could test not only pre-released versions but also games being under early development stages. There will be also headsets, keyboards, computer mice, VR headsets and various gadgets for gamers that you have never even heard of.

The best exhibitors will be rewarded at the WEGAME Awards ceremony. It will include categories for both major video game studios and startup projects.

You will be able to listen to presentations on the game development and discover news about coming releases at WEGAME 4.0 open lectures. Experienced developers, art and game designers as well as other industry experts will reveal relevant issues of the game development market.

And the jewel in the crown of every WEGAME festival is a cosplay show! Talented participants will prepare costumes, crafts and performances, allowing them to turn into their favorite characters of games, anime, movies and series, while attendees will be able to feel the magic of transformation right on the WEGAME stage! Star judges will determine the best of the best and award them with money prizes.

By the way, organizers of the fourth festival will also prepare something special. Follow the latest news on the WEGAME website and on our social media pages. See you at WEGAME 4.0!