Participants and visitors, attending the first WEGAME previous year, noted the growth of festival 2.0. Those coming for the first time were pleasantly surprised by such a high event level for Ukraine and the CIS countries. 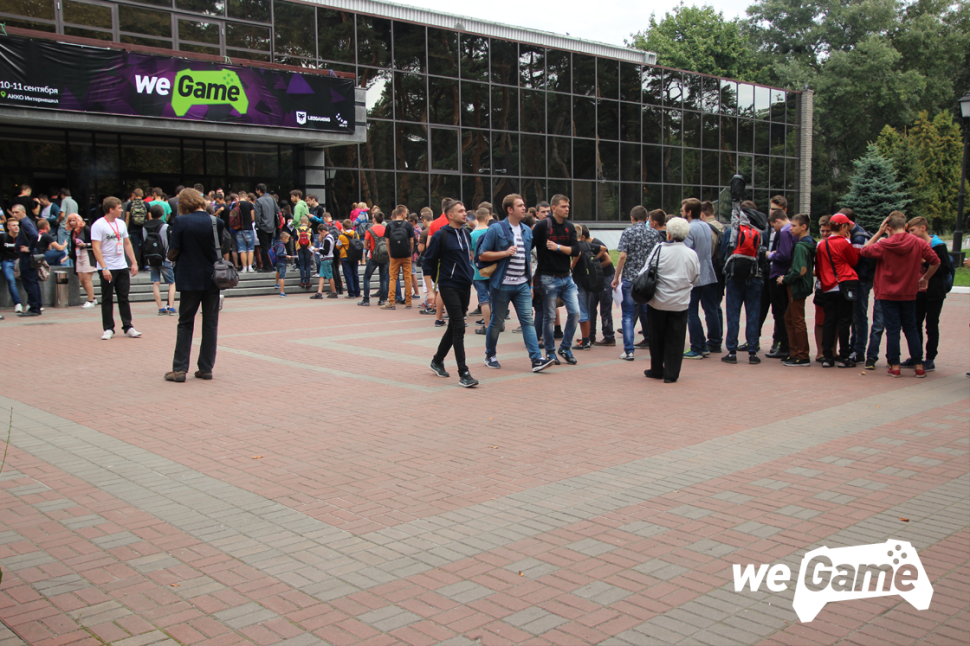 Within 2 days, the e-sport festival zone has been full of participants involved in CS:GO and DOTA 2 tournaments. The general partner of cyber competitions was ASUS CyberZone gamer club.

The winner of the first day’s DOTA 2 tournament was Anima Imperial team, and Pokemon Go team was the winner of the second day. As to CS:GO, the first day’s champions were Komiki team players, and T.B.E.B participants were the second day’s champions. Winners received money reward and a motivation to continue cyber carrier from Na'Vi e-sport festival stars.

WEGAME included FIFA fan tournaments with Eugene Yozhyk Mostovik and CS:GO fan tournaments with Arseniy ceh9 Trynozhenko. Everyone interested was also able to visit signing sessions with these and others representatives of Na’Vi team that were available within both festival days. 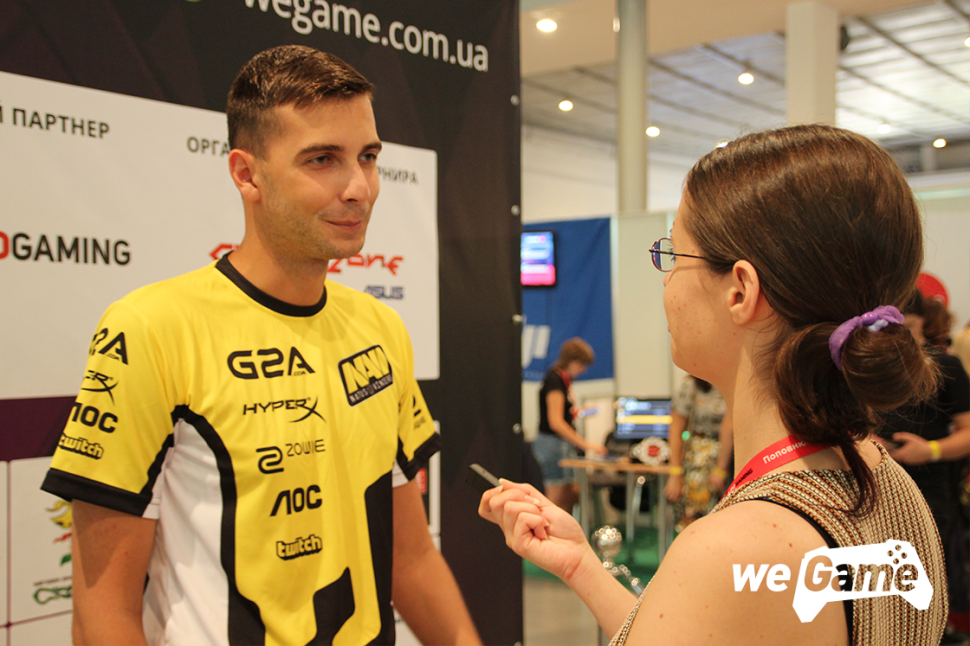 The first speaker was Alexander Dzyuba who told about game projects optimization and shared success secrets of his playtest company Sense.Vision.: “We like games, we like people, and we like analytics.”

The presentation of Yuri Shevaha and Sergey Ten, Frogwares game designers, drew special audience’s attention. They told about the “open world” concept and implementation in their The Sinking City game based on the work of Howard Lovecraft.

The same day also included an interesting report of Alexey Sytyanov. He told about the relation of psychology and video games, as well as proved skeptics the importance of “bloody shooters” for relaxation. Besides, guests listened to the report of Mikhail Smagin and Yuri Gordeev on the development of their first video game, as well as the story of Roman Rudyuk about using Minecraft game in the educational process.

The second day’s lecturers were opened by Wojciech Pazdur from the Polish company The Farm 51. He presented a VR movie called Chernobyl VR Project and Get Even game developed by his team.

Sergey Nilov from Digital Bee Garden told about the meaning of game scenarios and shared his opinion regarding their future. Participant planning to dedicate their life to game development found out lots of interesting information from Igor Sauron. Dmitry Lekhno told the audience true stories about S.T.A.L.K.E.R project development, including humor and information to think. Diana Simon and Veronika Klimova shared useful information regarding cosplay. 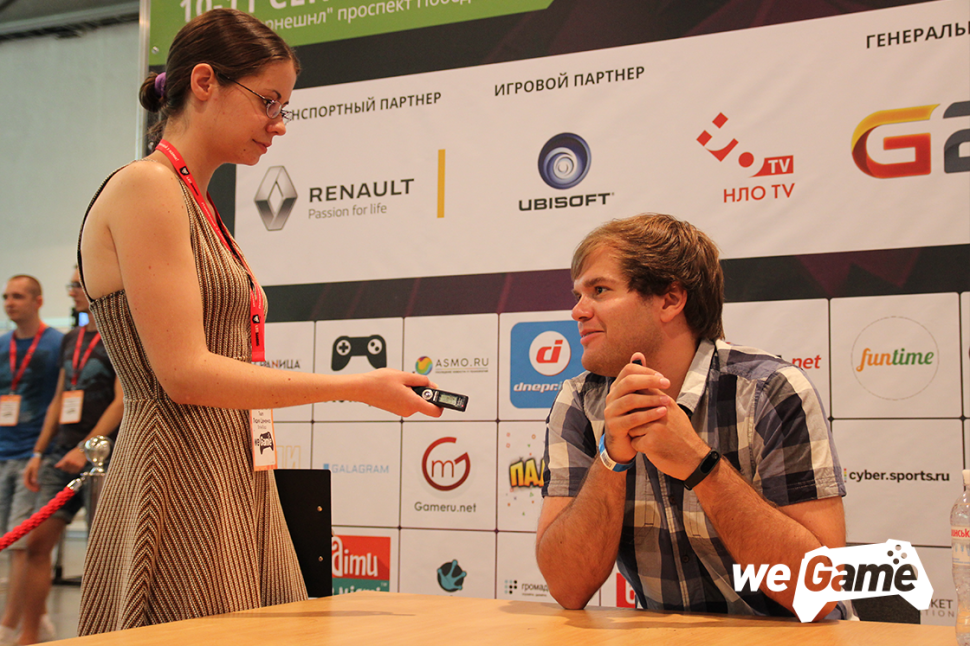 Geek shops stands sold everything where one could place images of favourite characters (cups, signs, keychains, slippers, etc.). Comics, toys, colored lenses, food with strange tastes, and many other things were offered for sale. Participants of all ages were standing in line to VR products stands but there were more than enough virtual games and gadgets, so everyone got unforgettable experience of future technologies. 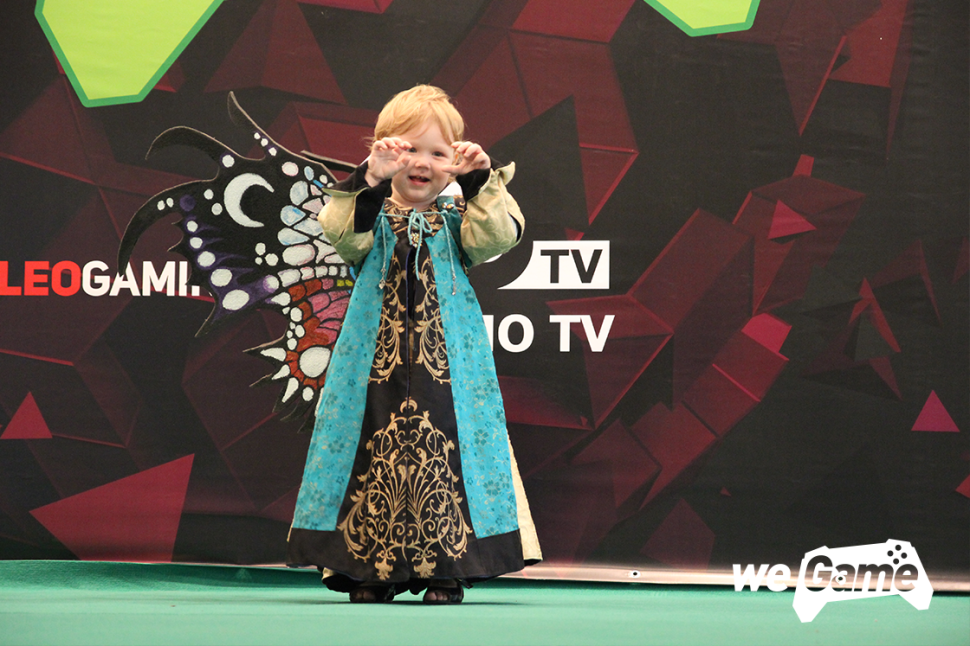 The cosplay show was the main decoration of the festival. When the moderator started announcing participants and inviting them on stage, the audience from all WEGAME exhibition and game zones came to see them. The first participants were children under 12. They touched audience hearts and improved the mood of show participants. The next ones were teenagers aged 12 to 17, signalizing the start of serious battle. Eventually, the first place was taken by Tsukanova Polina in an image of the main lady character of the game called Alice: Madness Returns. Her performance was the most fascinating and frightening in WEGAME history.

The adult cosplay show was divided into the following categories:

Both beginners and real cosplay professionals performed in each category. There are no words to describe aesthetic enjoyment obtained by the audience. Festival attendees will remember some characters, for instance Poison Ivy, for a long time. 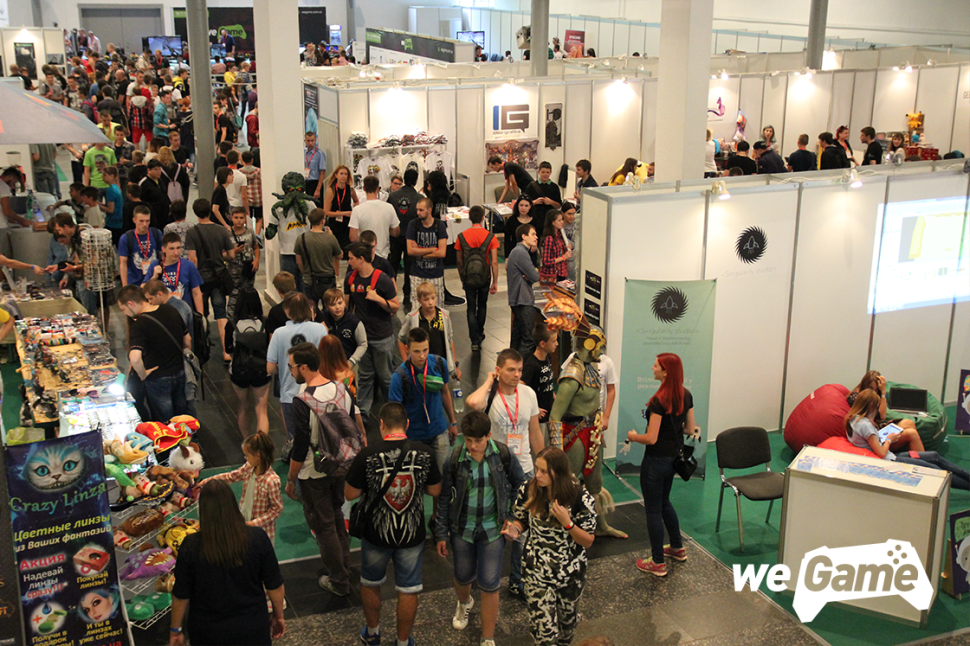 Autumn WEGAME was vivid and colorful and all this just because of our offbeat and creative guests! Speakers and participants of the festival noticed your energy, interest in technological novelties, as well as acuity and relevancy of questions. Let’s keep having fun and learning something new!